In 2006, Banner Engineering (www.bannerengineering.com), a highly respected manufacturer of sensors and safety products, primarily for the discrete manufacturing sector, jumped into the wireless sensor game with proprietary 900-MHz and 2.4-GHz network protocols and a set of field devices.

Ty Fayfield, president of Banner's Sensonix subsidiary and developer of the SureCross wireless system, explained why our survey revealed a strong showing—in fact, growth in the use of proprietary wireless protocols (See Fig. 3).

"I'm not surprised," Fayfield said. "Sometimes all you need is to connect one sensor to one controller. Doing that with all the overhead of the standards-based protocols is incredibly expensive. Let's say you need one temperature measurement. With WirelessHART, ISA100 or Zigbee, you need a sensor, a wireless transmitter, a gateway and an output from the gateway. The gateway alone could cost as much as $5000. But with our DX80 system, one ‘wireless loop' costs less than $1500. As long as there's such a difference in both system overhead and cost, proprietary sensor networks like SureCross will to have a large place in things."

Fayfield isn't alone in that opinion. There are more than a dozen companies manufacturing proprietary wireless field device networks. They are diverse too, ranging from tiny start-ups to behemoths like Digi-Key, Cypress Semiconductor, Cooper Wireless (formed from combining Elpro and Omnex) and Schneider Electric.

There's a dichotomy between the companies that are sensor/transmitter-based and the ones, such as ProSoft Technology (specializing in 802.11 radio links, with some proprietary technology) which are controller- and network-based. This is shown by the number of respondents who said they were using 802.11 networks for data transmission and communications (52%).

And the cellular communications companies aren't asleep either. Motorola is one of the largest investors in Apprion, and Sierra Wireless has launched a cell-based wireless monitoring system that even uses the "cloud." 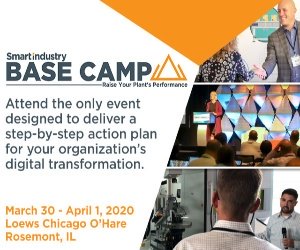